Thanks to a few software glitches I got to experience my first Tesla Service event. While I had resolved the issues on my own, Tesla service wanted to bring my car in anyway and take a look through the logs. When I scheduled the appointment they were booking three weeks out due to loaner availability. They wanted me to bring my car in early in the day but getting to the service center (SC) from where I live or work early in the day is a nightmare with traffic. When I mentioned that they quickly offered their new free valet service offering and offered to meet me at my office on the day of service at 8:30am and I took them up on it.

The Tesla valet appeared at my office promptly at the scheduled time and had some very light paperwork to go over really just confirming the issues. The main reason for service was the reboots, but I also asked them to check the suspension since the Model S was a bit tight to turn when turning into parking lots and I wasn’t sure if it was normal or something unusual. While we were doing the paperwork I asked him if he worked on the cars too or if he was just doing the valet thing and he made it clear he just did the pickups and delivery.

There was the ceremony of him handing me the FOB for the Model S 60 loaner and me handing him my FOB (aka “my precious“) and that was it, he took off and left me with the loaner. The loaner was “just in case” I needed to run somewhere during the day (I did) and in case they couldn’t get mine back to me before the end of the day.

As he drove away I grabbed my iPhone and brought up the Tesla app to check on his progress through the heavy Boston traffic back to the service center and idly wondered if he’d obey the speed limits. But I couldn’t connect.

But I couldn’t connect.

It seems that the first thing the valet did on entering my car was to disable the app access. After I got the car back I found it was the only thing that had been changed (and not re-enabled either). I thought this behavior a bit odd. I poked around on the forums and spoke to a few people and it seems there’s no “standard” for this, but most service centers leave the tracking enabled except when the car is actually being serviced. Evidently some joker owners have honked the horn and flashed the lights and done other silly things while the mechanics are working on their cars — thats not safe or funny.

I wondered how other people thought about this behavior and started a poll on the Tesla Motors Club forums with these results:

As you can see from the results, 88% of owners agree that Tesla should not be changing the mobile access settings except when actually servicing the car.

I got a 4 page summary of the service that I hadn’t really needed. They basically checked all the issues I had had (tested seat heaters etc) and re-confirmed everything was in good shape. They did do a software update from 5.9 build 1.51.94 to build 1.51.96 which is something you can only get from Tesla service. Evidently stuff in those builds can help with things like software hangs. Most of the line items/fixes were “updated software and rebooted.”

They did have a service bulletin related to a clicking steering wheel (not a complaint of mine) that they applied as part of the service. Those service bulletins are not well documented for owners and you only find out about them by word of mouth. It would be great if they published these bulletins for owners somewhere.

Since I didn’t really need anything to be fixed and they poked at/updated/did a bunch of things its hard to say anything bad about the entire event except the whole mobile app piece. The entire service was free too. Also, whether its related to the update they did or not, I haven’t had any issues since the service. 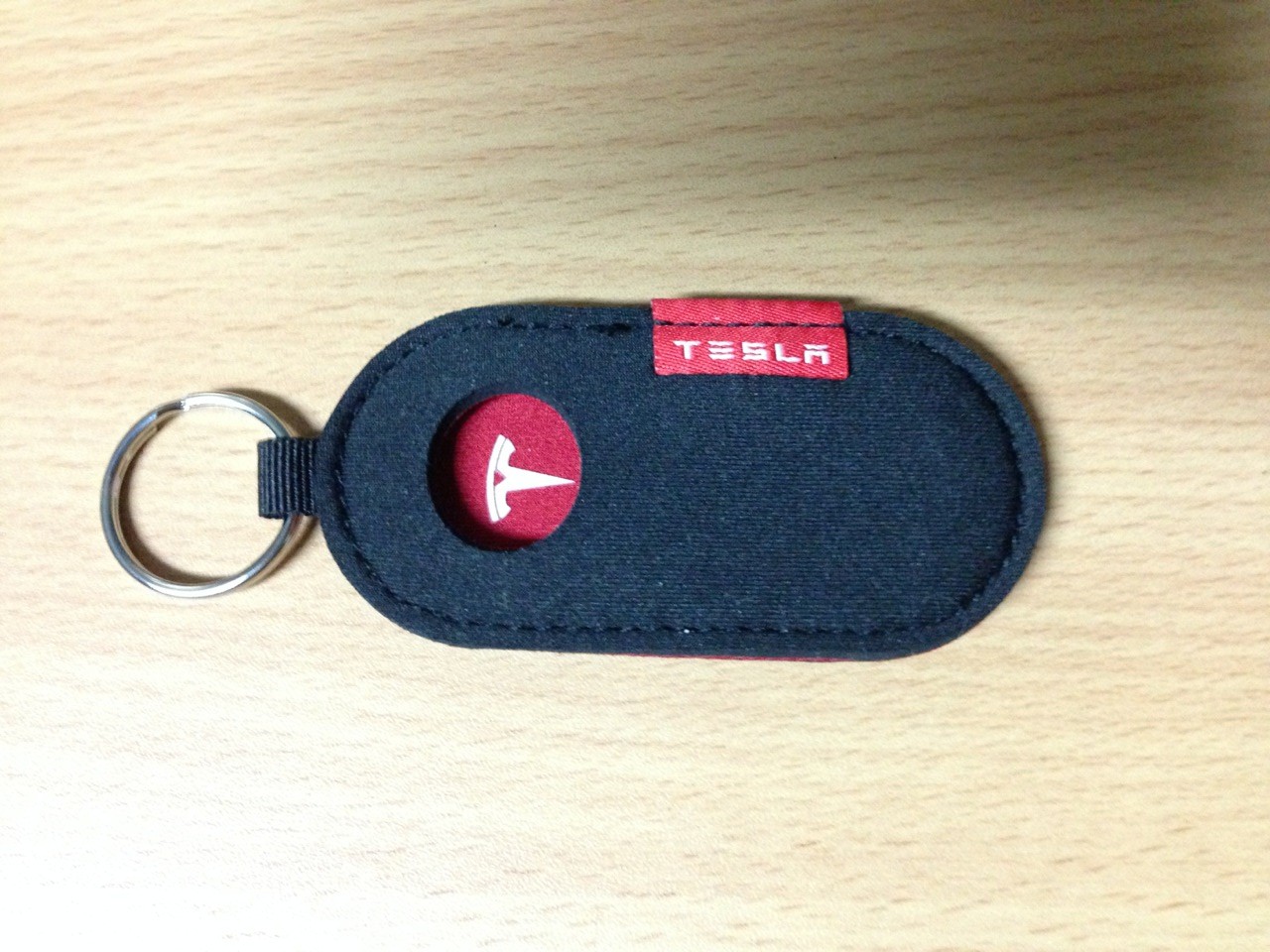 Near the end of the day Tesla service contacted me to let me know they were getting ready to bring my car back. The traffic from the service center to me was horrible but not bad in the other direction and I was ready to leave work anyway so I offered to drive there and pick it up. The drive there was easy in the loaner, but driving home afterwards was a nightmare of traffic made more pleasant only by my freshly cleaned Model S. On pickup there were a bunch of Model S’s in for delivery or service and it was fun to see the prep process going on.

One nice touch when they returned my car is they gave me an official Tesla FOB pocket. You can’t buy these official ones anywhere and the third party ones don’t have the correct logo/branding. It was a nice touch which I appreciated and i’ve been using it since even though I never really thought I needed one.

Other than the remote app business the service event was friendly and easy and Tesla lived up to my high expectations of service on a luxury car. Even then its hard to complain on the remote app since other luxury car vendors don’t even have an app!